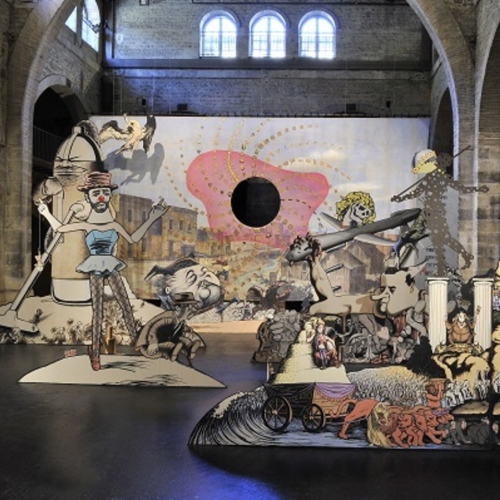 The New Museum presents Jim Shaw: The End is Here. This is the first New York survey on the artist's ouevre. Three floors of the museum are dedicated to Shaw’s most iconic projects, including early airbrush drawings; large selections from his series “Dream Drawings” (1992–99), “Dream Objects” (1994–present), and the sprawling “My Mirage” (1985–91); and Labyrinth: I Dreamt I was Taller than Jonathan Borofsky (2009), a large-scale, immersive installation of sculptures and painted theatrical backdrops.