“Most are afraid of total freedom, of nothingness, of life. You try to control everything, but nature is uncontrollable. It doesn’t matter how you express yourself (words, image, electric guitar), what matters is that you have something to express.” Steven Parrino, The No Texts (1979-2003)
Marc Jancou Contemporary is pleased to present Blankness is Not a Void, an exhibition featuring the work of Scott Campbell, Steven Parrino and Raymond Pettibon. Taking as its starting point the dialogue between Campbell’s contemporary creations, Pettibon’s 1980s Punk Rock imagery and the Romantic, mannered works on paper of Parrino, the show encourages viewers to re-evaluate American “low” culture by considering the commonalities among these particular artists' chosen content and use of materials. Indeed, all three artists revel in deviations and marginalized subjects, and the resulting works are aware of both the limitations and possibilities of their environments, ultimately seeking aesthetic resolutions through the universal themes of death, love and sex.
Scott Campbell (b. 1977) recently presented his third solo exhibition with OHWOW, where he inaugurated the organization's Los Angeles outpost. His work has also been featured in exhibitions at Macro Future Gallery, Rome; the Ileana Tounta Contemporary Art Centre, Athens; Massimo Carasi Gallery, Milan; and Moeller Snow Gallery, New York. He lives and works in New York.
Steven Parrino (1958-2006) has exhibited locally and abroad at diverse locales in Paris, Milan, Cologne, Warsaw, Tokyo, Berlin, London and Kassel. His work has also been shown at prestigious museums such as the Museum Ludwig, Cologne; and the Centre Georges Pompidou, Paris. In 2006, Parrino was the subject of a survey at the Musée d’Art Moderne et Contemporain, Geneva. Parrino was also included in the 2006 Whitney Biennial.
Raymond Pettibon (b. 1957) has exhibited widely in the United States and abroad, and was the subject of a solo exhibition at the University of Chicago's Renaissance Society in 1998, which eventually traveled to the Drawing Center, New York; the Philadelphia Museum of Art; and the Museum for Contemporary Art, Los Angeles. The artist has also participated in Documenta XI (2002) and the Venice Biennial (2007). He lives and works in Venice Beach, California.
For more information please contact Juliana Balestin at juliana@marcjancou.com 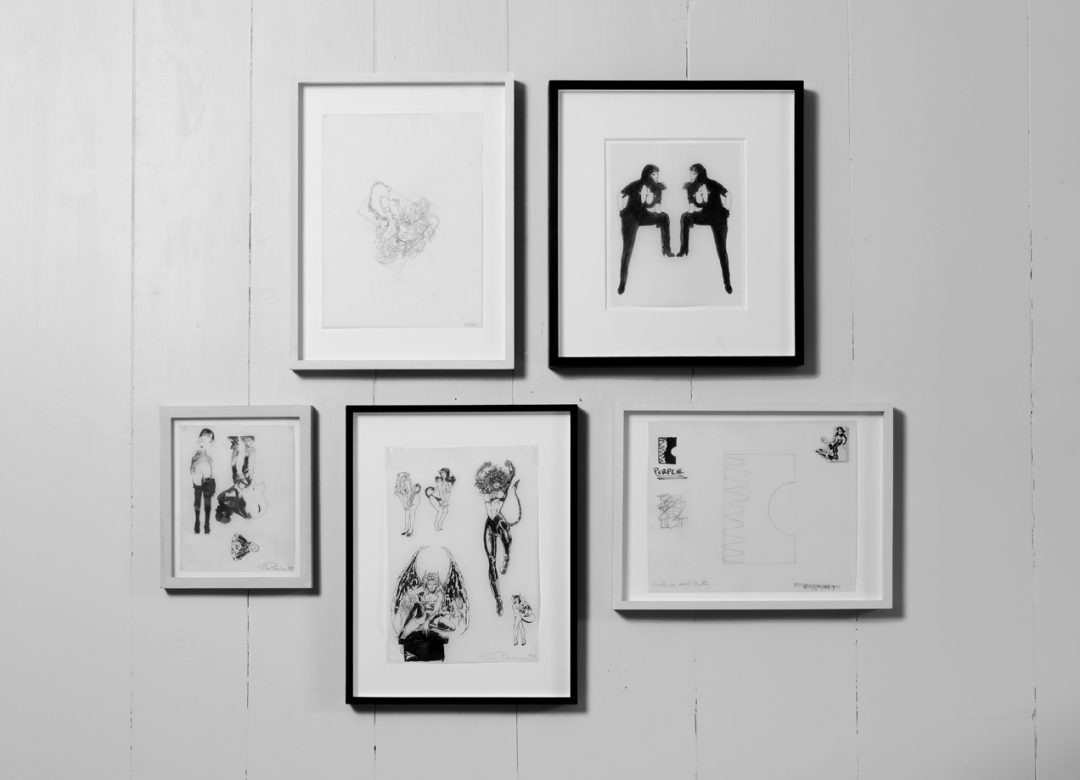