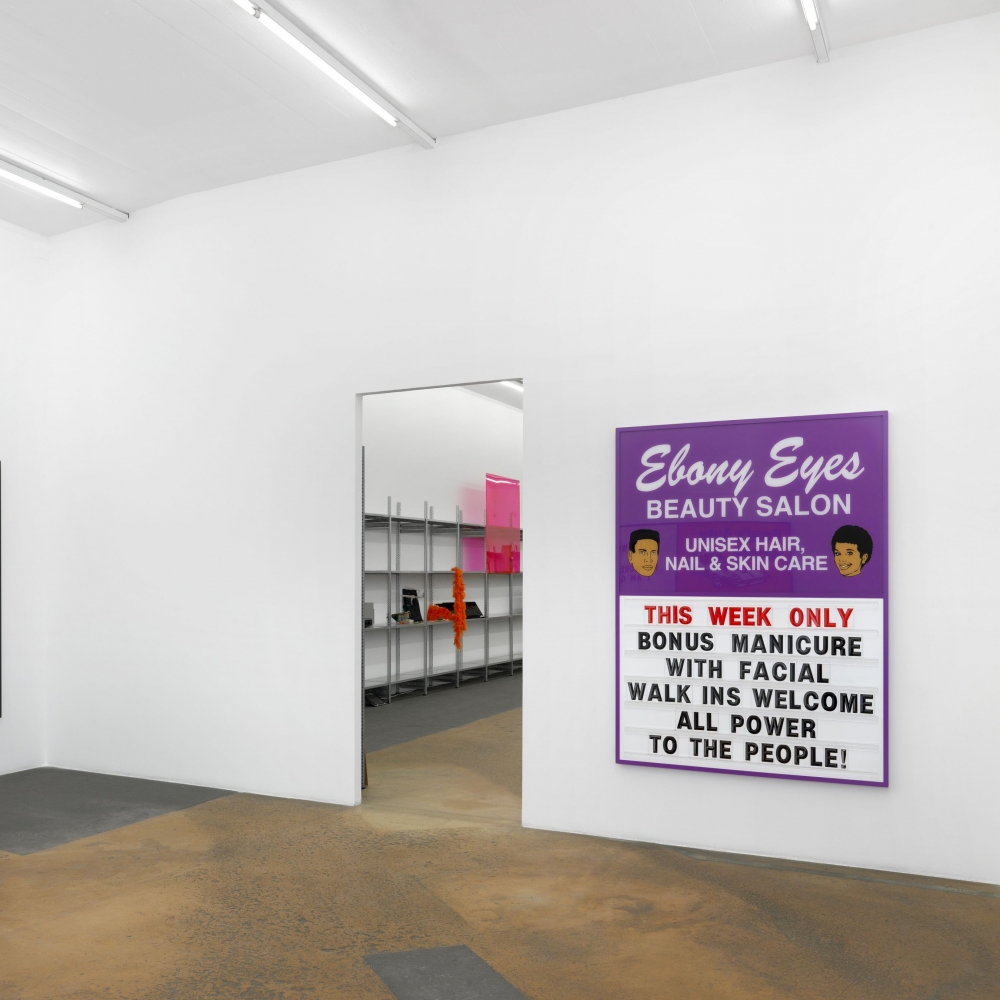 Ken Lum (b.1956) is a central figure on the Vancouver art scene—alongside Jeff Wall and Rodney Graham—sometimes associated with the Conceptual Photography movement initiated by Ian Wallace. In the late 1970s, Ken Lum became known for his “Portrait-Logos,” “Furniture Sculptures” and “Language Paintings.” The exhibition, organized by Sophie Costes, follows the gift by Marc Jancou of one of the four works on view.

In the artist’s words, the “Portrait-Logos” establish a tension between the portrait and the proper noun—a tension that shifts the boundaries of identity, framed on one side by the anonymity of popular culture and, on the other, by corporate logos and their glorification of “the brand.” The aim is also to produce a portrait of cosmopolitan society—the society of Vancouver—and the efforts of immigrant communities to become model citizens. As the artist declared: “In 1908, my grandfather Lum Nin arrived in Vancouver while still a teenager, to work as a labourer on the national railways ... Even now, when I think of Lum Nin, I think of the railway company. I should like to make a work in which a portrait of my grandfather blends with the company logo. And I could add some text: ‘Lum Nin: a coolie who worked for Canadian Pacific Rail.’”

Two decades after the “Portrait-Logos,” Ken Lum made the Shopkeeper series, including the four works shown here. Remembering lessons learned from working with a sign- painter (before digital graphic design replaced practical skills), the artist invents plausible but equivocal signs that may be read as both advertising and art. Divided into two distinct zones—one combining text and image and the other featuring only text—the works revisit signs advertising shops (a hair salon, garage, pizzeria etc.), often run by Canadians from immigrant Indian or Chinese backgrounds. The unadulterated text—treated by the artist as a “sound image” or a form of communicative imagery—is clearly associated with the register of thought, feelings and desires, as distinct from the other panel.

By using found objects, clichés, quotations and specific forms of appropriation, Ken Lum seeks to dialectize the seduction process at work in advertising, and to create a space in which to question the nature of identity.