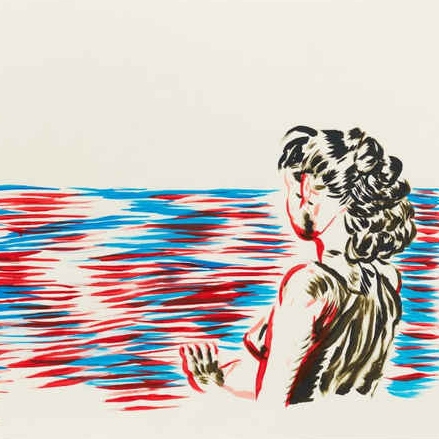 Pettibon's work embraces a wide spectrum of American high and low culture, from the deviations of marginal youth to art history, sports, religion, politics, sexuality, and literature. Taking their point of departure in the Southern California punk-rock scene of the late 1970s and 1980s and the do-it-yourself aesthetic of album covers, comics, concert flyers, and fanzines that characterized the movement, his drawings have come to occupy their own genre of potent and dynamic artistic commentary.   The exhibition includes drawings and collages—a relatively new introduction within the artist's oeuvre—in Pettibon's characteristic bold style. The title (here rewritten using the artist's personalized spelling) refers to a 1963 book by legendary American football coach Homer Rice, which details his variation on the so-called T-formation, the precursor to most modern offensive formations in the sport. The potent and aggressive associations of the phrase are echoed throughout the works on view, which shrewdly address facets of contemporary American life.